The principle duty of the K-9 team is to aid law enforcement as a locating tool. The officer is responsible for seeing that the K-9 continues to receive the training that keeps him proficient. Therefore, the K-9 officer must train/work continually with the K-9 in order to maintain the dog’s proficiency. The K-9 officer must know the capabilities of the dog and how to develop the highest potential of all the dog’s senses. The officer must have an exceptional work ethic in deployments and availability to maximize the potential and use of the canine as a law enforcement tool.

Every K-9 officer must perform daily grooming and inspections of the K-9. The officer is responsible for the well-being of his K-9 partner. The officer must be able to work outdoors for extended periods of time, in every type of weather. To be an effective team, both officer and dog must be physically fit at all times. It is the officer’s responsibility to ensure the team is in the best condition possible. 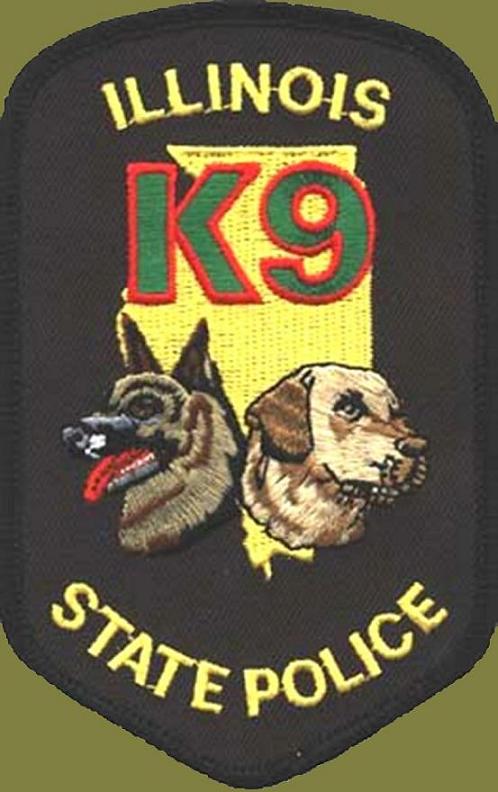 The Illinois State Police K-9 section began in March of 1963. Prospective handlers were paired with German Shepherd dogs and these teams attended eight weeks of training at the Vandalia Correctional Facility. These first dogs were trained in officer protection, crowd control, and some tracking. Upon graduation, these teams were given areas of responsibility in which to answer calls for K-9 assistance.

The teams did an outstanding job of providing K-9 services for state, local, and county agencies from 1963 to 1970. In 1970 the section was disbanded. This was due to cost factors and growing public sentiment against the use of sentry-type dogs. The dogs still in service at the closing of the section were given to the Illinois Department of Corrections for use at the correctional facility.

Growing needs in drug detection and tracking of lost or wanted persons prompted the re-organization of the Illinois State Police K-9 section in 1981, with four canine teams. During this school, dogs learned not only crowd control, officer protection, and tracking, but also drug detection, human location, obedience, and evidence recovery.

The next year was very busy for these four K-9 teams. With the state divided into four areas, the teams traveled constantly, responding to calls for K-9 assistance. In 1982 so many calls for service were requested, it was decided additional teams were needed.

Late in 1983, two handlers and donated dogs were sent to Scott Air Force Base for training. The training obtained from the Air Force trainers would later be the basis for the first Illinois State Police trained class.

The job of training the dogs and handlers was moved to the Illinois State Police Academy in 1990. With K-9 training established at the Academy, the 12-week patrol/detector course was certified by the Illinois Local Government Training Board.

In 1991 a 24-dog kennel and office building was constructed at the Range facility in Pawnee, Illinois, and the Canine Section has been operating from there ever since.

In 1998, the Canine Section reinstated the narcotics detection only program using Labradors and Retrievers as their dog of choice. This is a six week program that is offered once a year in late spring. 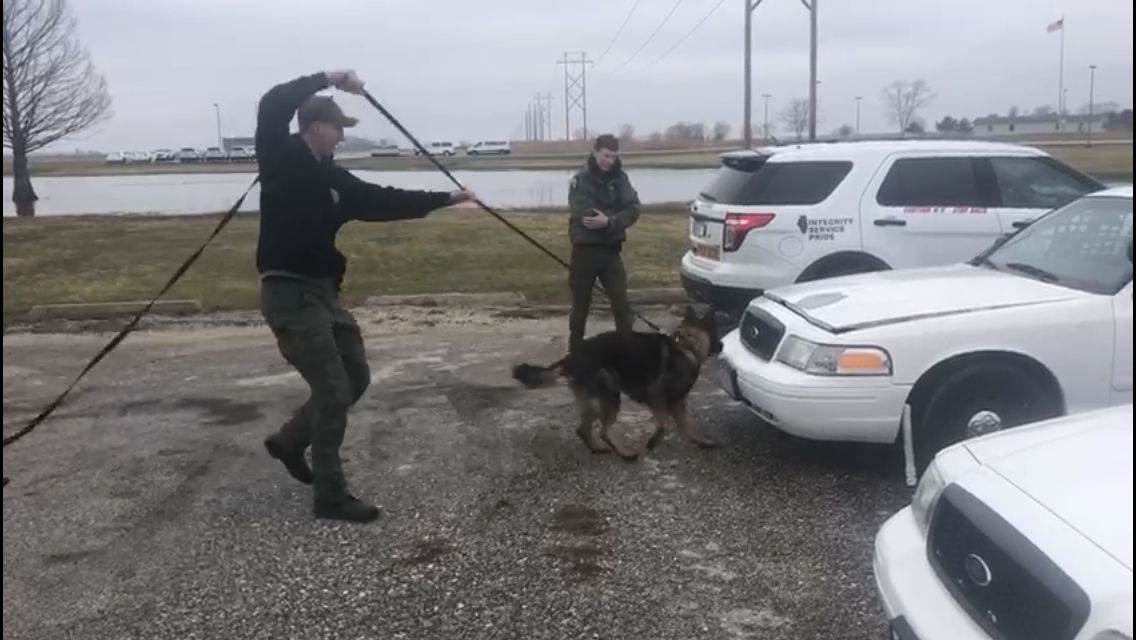 The Illinois State Police continues to maintain K-9 teams in almost all of its districts with 60 canine teams. Most of the teams are full service assigned to the Division of Patrol. Some teams are single purpose teams to include drug, bomb and vapor wake dogs assigned to various specialty units. The Illinois State Academy Canine Training Unit currently offers two 10-week, full-service canine training courses a year to both ISP troopers and local and sheriff teams. The Canine Training unit also offers a 6 week narcotic only course during the same time as the 10 week course. The Canine Section is also responsible for semiannual evaluations for ISP, county, and local canine teams.

Certain essential traits are required to be selected as a K-9 officer. Experience in handling and working with dogs is not absolutely necessary. The successful care and training of police dogs depends, to a great extent, upon personal characteristics. K-9 officers must be prepared to respond to canine calls for service at any time of the day, in any kind of weather, in any type of area. 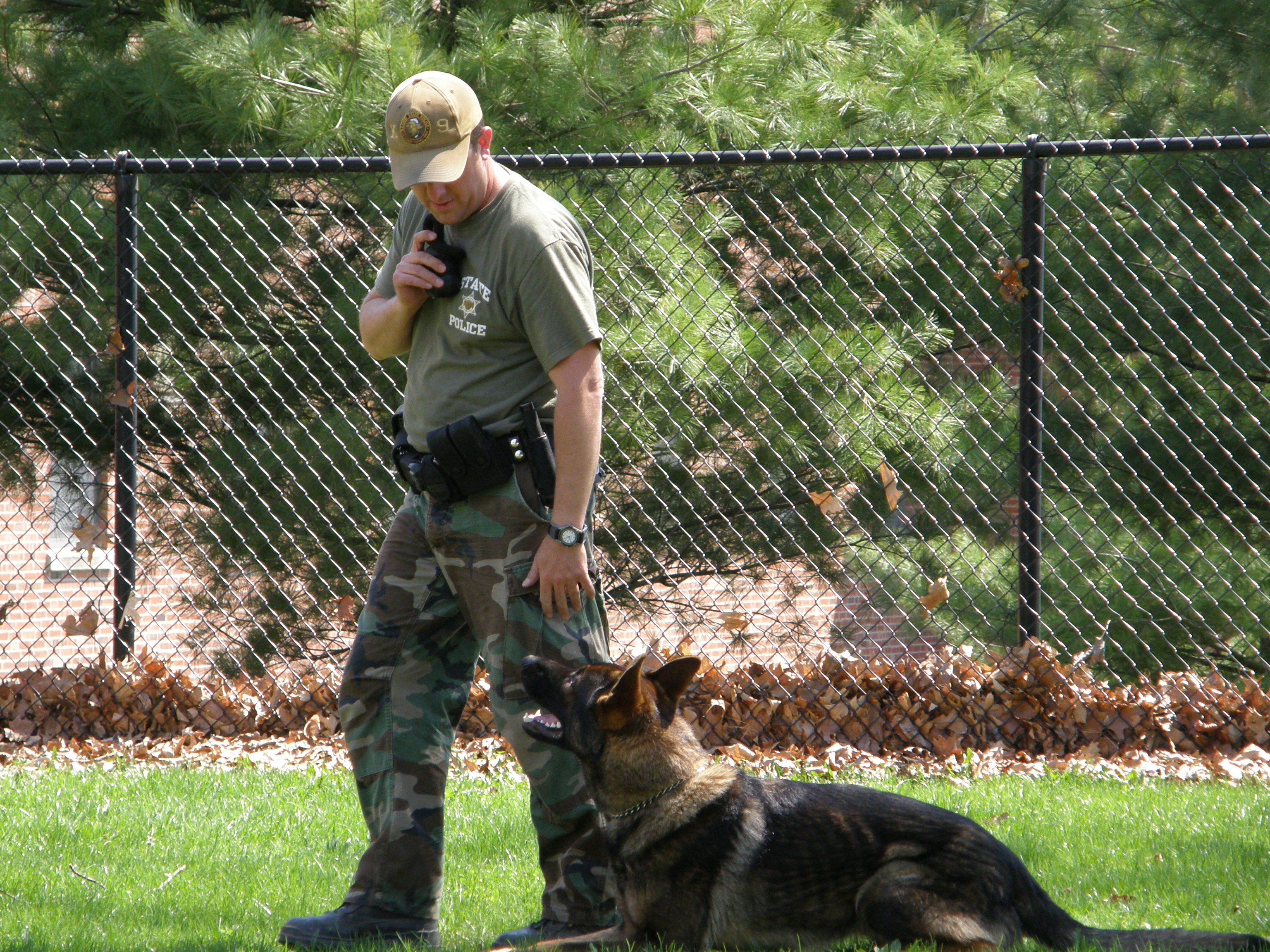