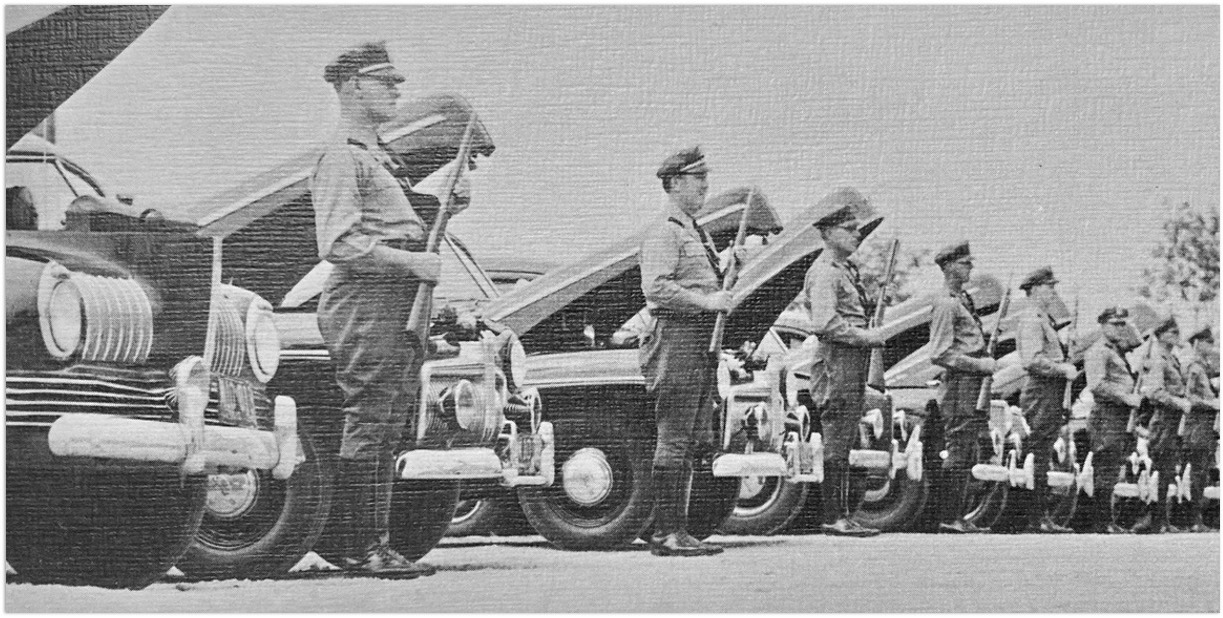 District 5 holds the distinction as being one of the first posts of the Illinois State Police.

The history of the district tells the stories of prison riots; tornadoes; the tragedy of Trooper Richard Warner slain by a prisoner; and the accidental electrocution of the district’s Chief Radio Operator, Maurice “Bud” Cryder.

Originally located in LaSalle, District 5 moved three times until it found its current home on old Route 66 which today is known as Route 53 and Division Street.

District 5 originally consisted of only Will and Kankakee Counties and a portion of Cook County.

The Joliet District began briefly in LaSalle, an outpost in Superintendent John Stack’s 1922 division of territory.

When James Rosenburg was appointed the first commander of state police in the Joliet area in 1922, he was assigned to patrol from Joliet to 105th Street (Chicago) on Route 4-A (now Route 171), the only hard road at that time.

James Rosenburg, who served with the original state police force for six and one half years at the time, resided in Joliet, only a few blocks away from the first Joliet district headquarters which opened in 1929 at Manhattan Road and Richards Street.

The second District 5 headquarters and operations was moved from Manhattan Road across town to a vacant store located at 1002 ½ N. Chicago Street in 1932.

In 1936, Governor Henry Horner dedicated the district’s current headquarters located on Route 53 and Division Street next to Stateville Penitentiary. Sergeant Jim Buetel was serving as commander of the 32-man district at this time.

During World War II, the district staff was reduced to as few as 15 men. It was not until after the war and the legislature approved an increase in the state police force, the staff began to return to required strength.

During the war, one of the details for District 5 troopers involved escorting the new submarines down the Illinois River.

In 1980, the district expanded its facility with a 5,000 square feet addition.

In 1994, District 5 opened up a training and range facility. This 4,200 square feet structure serves as both a training facility and a 25 yard outdoor range for ISP and other law enforcement entities.

Today, District 5 boundaries include Grundy, Kendall and Will County. Three major interstate highways pass through the area (Interstate 55, 80 and 57), on which six truck weight stations operate.