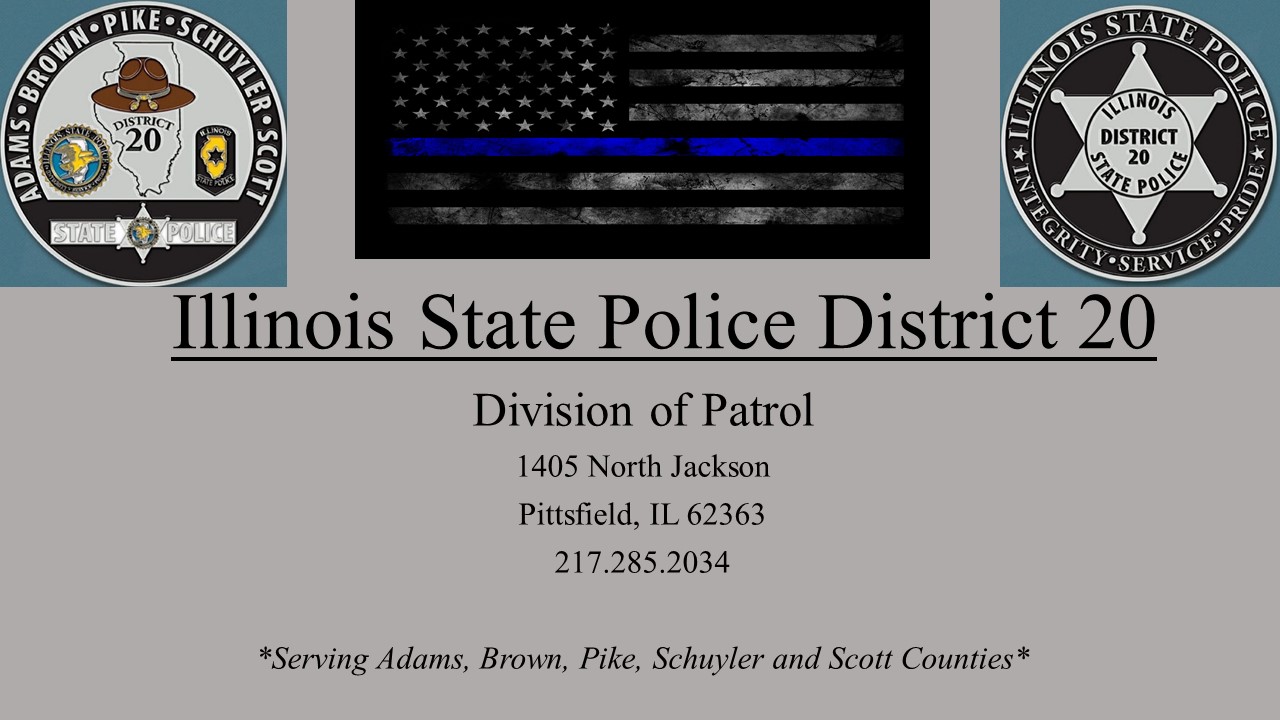 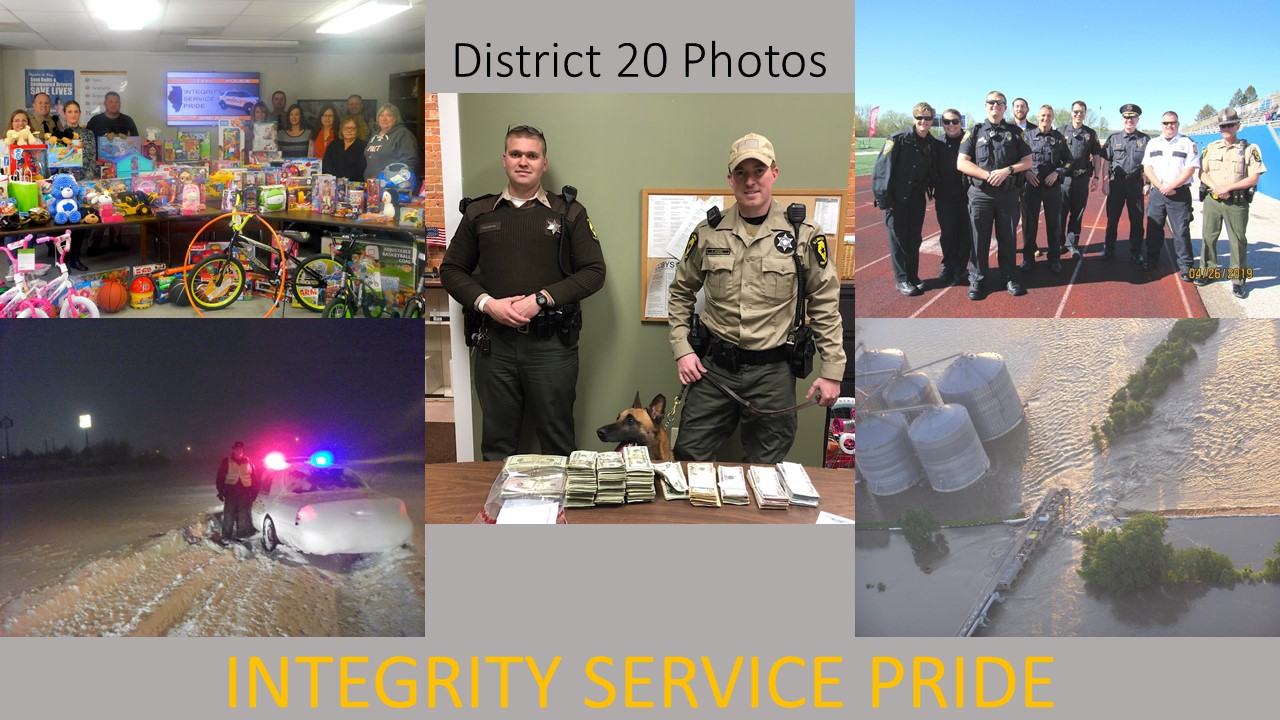 District 20 is located in West-Central Illinois situated between the Mississippi and Illinois Rivers. District 20 is primarily an agricultural area with no major metropolitan centers and limited local and county law enforcement resources. District 20 is comprised of five counties: Adams, Pike, Brown, Schuyler and Scott. District 20 has primary patrol responsibility on Interstates 72 and 172 which total 75 miles, as well as all State and U.S. Highways within the five counties, which account for 4140 miles of roadway. District 20 plays a vital role ensuring the safety of our citizens by providing additional security, patrol coverage and support to a Regional Airport in Quincy and correctional facilities in Mt. Sterling, Pittsfield and Clayton. District 20 has one university, Quincy University which has enrollments exceeding 1000 annually. The total population of District 20 is 102,124.

Emphasis is placed on development and implementation of programs to attain and accomplish the goals and objectives of the Department and those established at the District level. Through community involvement, education and enforcement, the personnel of District 20 are committed to public safety.